By now you've likely chosen one of the various formats in which the new NIN material has been released. Looks as though the uber-1337 with-vinyl-and-Trent's-sinal-fluid-sample box sold out in about a day - one IEI writer saw fit to shell out for it, but I'm not telling which of us it was. Whether or not this sort of model can succeed is one question - whether it's a viable option for any artist smaller than the Radioheads and NINs of the world is another matter entirely. For now, I'll leave that to Wired bloggers and BoingBoing regulars (I'd also like to hear my buddy Jean at Clicknoise weigh in if he's got a minute to spare between Phd comps and daddy duty).

Me, I'm more interested in how this sort of distribution model affects albums as aesthetic experiences and, in the case of those of us still interested records qua records, as physical objects. What happens when an impromptu jam session at NIN headquarters (caveat: I'm aware that if yr "jam sessions" involve Adrian Belew and Alan Moulder, you aren't using the term in the same way that the Jack Johnson-listening frat douches down the hall are) doesn't just net as-yet incalculable amounts of cash or hammer another nail in the record industry's coffin, but actually affects the way we think of and listen to the actual music of an act as established and iconic as NIN?

Talk to any science fiction writer who's dealing with issues like posthumanism and the singularity, and they'll talk about how the psychological normalization of technology relies in part on that technology becoming fast enough to accomplish its purpose without speed being a noticeable factor in that technology's perceived efficiency by the average user - technology sufficiently speedy to operate without yielding enough time to allow the user to notice the operation in the first place. To use a couple of commonplace recent examples, internet connections with enough bandwidth to offer halfway decent streaming video, torrents that can deliver mp3s of a CD I own faster than I could by going over to the shelf, hunting the CD out and ripping and encoding it. In brief - technology that operates at the speed of human thought, or (trust me, I'm bringing this back to "Ghosts I-IV") in the case of online music, distribution that matches the speed of production.

As revolutionary as the business model of "Ghosts I-IV" might prove to be, it's the fact that the commonplace nature of file-sharing has, in this case, taken down the notion of the "rock album" as a cohesive, planned and grandiose object in time that seems the most revolutionary aspect of it to me. Consider the psychological and cultural weight of "The Fragile", both in how Reznor talked about its pained production, and how we, the public, chewed over every snippet of sound or news that trickled out while waiting for its release, years before premature Internet leaks. The album took on an iconic status before any of us had actually heard it, expectations were correspondingly (ten miles) high, and after its release we spent untold hours nitpicking song orders, and trying to edit the thing down to a single disc. The concept behind "Ghosts I-IV" - muck about, record some stuff, release it and allow people to more or less pay in accordance with how much value they place upon the fetishistic aspects of albums (vinyl, gatefolds, signed prints) - turns the cultural logic of the rock album, exemplified by "The Fragile", on its head. 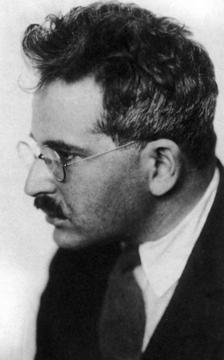 In "The Work of Art in the Age of Mechanical Reproduction", Walter Benjamin talks about the ability of technological reproduction (the duplication of photographs, mimeographs, etc.) to destroy the nigh-religious "aura" of essential authenticity, historical location and cultural/spiritual mystique that accompanies the work of art (which Benjamin traces back to its cultic origins). A variety of factors allow this to happen - the lack of a single, "real" work of art thanks to photography and reproduction (never an issue with rock albums, really), but also increased access to the means of production, theoretically making artists of us all (which we've of course seen with mixed results via Reason and FL Studio). In the case of "Ghosts I-IV", it's the ease and speed of the distribution of the rock album that's stripping away its aura, and in turn affecting how we think of the production of a rock album.

The fact that we aren't going through the same media-enabled high drama of the birthing of a rough beast as we were with "The Fragile" suggests that we aren't as vested in the pomp and circumstance of The Album as we once were - we're instead identifying favourite tracks and deciding for ourselves how much we're comfortable shelling out for it. Trent's playing into this as well - by seeding portions of the album on PirateBay and eschewing song titles for (utilitarian?) numeric ordering he's helping tear down our (and possibly his own) inflated expectations for how revelatory we expect NIN material to be. Given the opulence and essentially legendary status of both "The Downward Spiral" and "The Fragile", this is no mean feat.

As for the music itself - I'm liking it. A great deal, in fact. I remember thinking when "Still" (the bonus disc on the generally unremarkable live album documenting the Fragility tour) was released that I'd love to hear Trent forsake the well-trodden teen angst territory (which, despite how much I loved "The Fragile" musically, was wearing pretty thin by 2002) for impressionist, stripped-down piano tracks on a more permanent basis. The welcome shift away from navel-gazing whinging in "With Teeth" and "Year Zero" made me forget about that passing fancy, but with "Ghosts I-IV" dropping flat out of nowhere, I'm reminded of just how well Reznor works when he's on a Debussy binge. Personal faves? 18 and 24 right now. Ask me again tomorrow...

A few years back, there was much talk about how Napster and the like would kill off the album - choosy consumers would just nab choice cuts from albums otherwise bloated with filler, and record sales would plummet. As a life-long fan of the album experience, this gave me some worry. I liked immersing myself in a lengthy, developed, conceptually grand if occasionally self-indulgent experience, and both "The Downward Spiral" and "The Fragile" were nothing if not all of those. If the death of the album (which still, like that of Mark Twain, seems to have as of yet been greatly exaggerated) means the emergence of new forms like this, these hopeful ghosts that apparate and disseminate without warning, then there might be a space for us esthetes in the post-Album landscape.
Posted by Contrasoma at 9:41 PM

*digs head out of pile of children's books* there's variance in opinion about whether little bands can do this, or anything, really, except gain exposure. Two examples - Nancy over at onlinefandom.com, gazing at Sweden, is optimistic; I, agape at what passes for hip music these days (moreso even than I was ten years ago), am not. The Terms and Conditions for artist/label royalty sharing at last.fm (recently revised) are about as inspiring as a soggy issue of Chart Magazine (or Exclaim for that matter). iTunes is little help either. But if you're Marillion, you can come back from the dead, and like with so many X-Files or Twin Peaks listservs, living on in collective memories.

I say so what? People taking money from you for making music are more and more being unmasked as thieves. What's left is the perennial struggle of amateurism and unpaid labour (partly an echo of the dark side of Web 2.0 sweatshopping/'volunteerism' in the tech field, but which also inherits the outsiderism/marginality of visual arts and difficult books).

We will hopefully see some good art come out of this new struggling. Too bad we'll starve, or be forced to work as university profs.

Let it be known that I was the one who purchased the super deluxe NIN set. I am a true baller. Alex and Bruce are only sub-ballers.

I really would like to see a transparent breakdown of how emusic distributes royalties. I've heard it ends up giving more to artists that iTunes, but given that the majority of their artists are still on their system at the behest of their labels, there are still a fair number of middlemen occluding things.

Any and all copyrighted materials provided or linked are for evaluation purposes, and not to download instead of buying the album okay? Thanks.